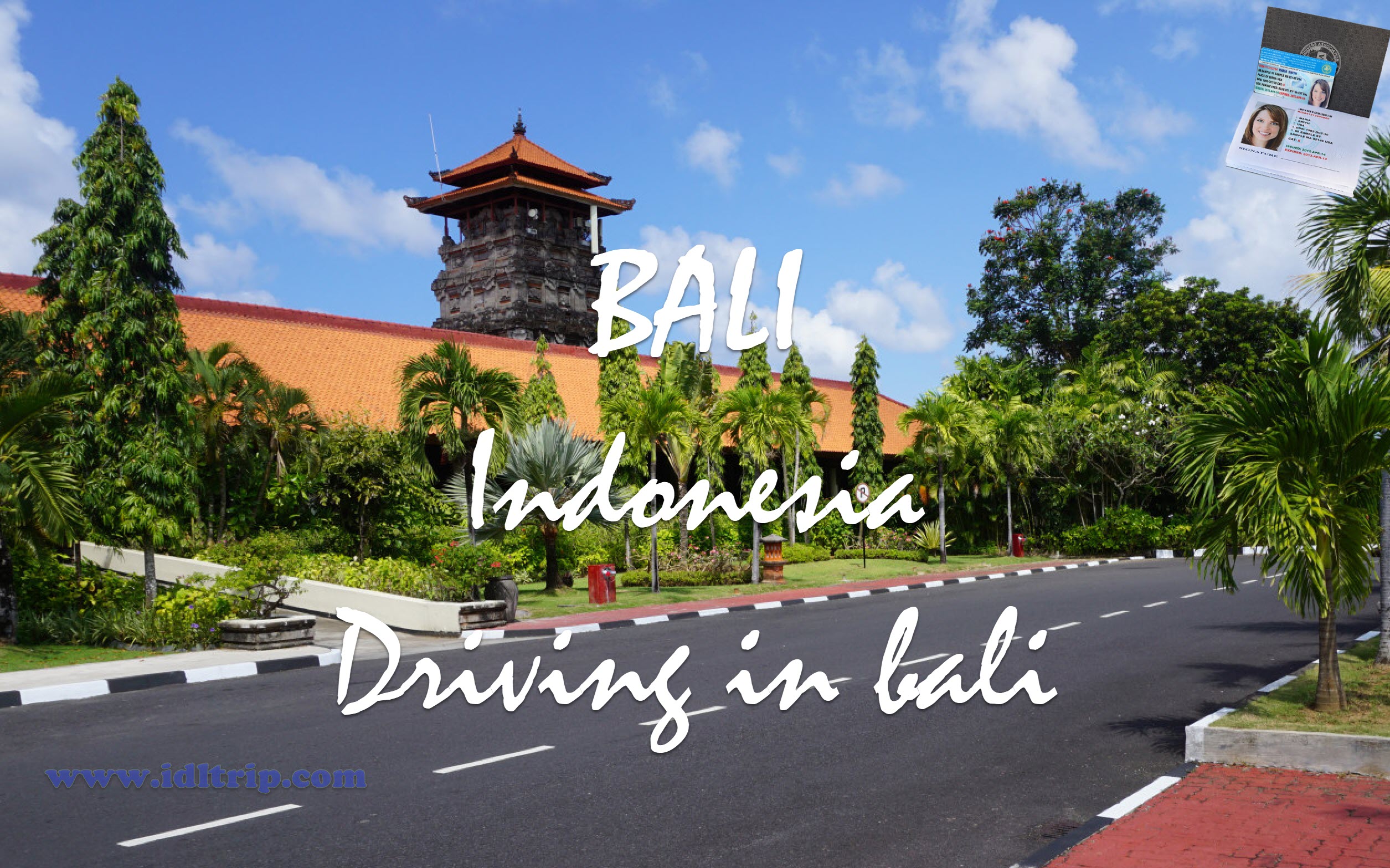 Traffic in Indonesia, especially in Bali can be overwhelming, and road discipline and conditions are rather poor. Consequently, many foreigners prefer just to simply hire a driver then to have their own car. However, if you do value your independence in this regard, and prefer to travel in the comfort of your own vehicle, then read this article to find out more.

If you decide to drive in Indonesia, be wary of obstacles on the road that you may not have encountered before. These can include motorcycles and bicycles that are carrying obstructive items or several people on the back, food carts stopping without warning, animals crossing the street, and all sorts of vehicles cutting you from any side to pass. While driving can be a fascinating experience, foreigners involved in even minor traffic violations or accidents can easily be exploited, so it's important to always drive as safely as possible, follow all regulations, and remain vigilant to avoid any possible collisions.

Be aware that many road junctions are congested with traffic, which sometimes makes it unclear whose right of way it is. Many Indonesian drivers also have a tendency to ignore the red lights, especially at night, so be extremely cautious when pulling up to a junction. Many streets in Indonesia are quite narrow, and parked cars can further restrict the space. In addition, it's important to proceed with extra care during the rainy season when many major roads in Sumatra, Kalimantan, and Sulawesi become flooded.

Fuel prices can vary between different places, but petrol is also relatively affordable. There are toll roads around big cities, which serve to reduce congestion, but charges are generally low and it's arguably worth taking these roads to avoid sitting in traffic.

Indonesia subscribes to the left-side-of-the-road way of life… most of the time. Legally motorists are obligated to drive on the left but cars and motorcycles alike will utilize the lanes of oncoming traffic when that is the most convenient option. As a driver in Indonesia you are strongly recommended to avoid tempting fate and drive on the left.

Motorcycles have a special privilege in that they are small and not bound by asphalt. It is the norm for motorcycles to whiz past lines of cars via the space between lanes or on the shoulder of the road. Anywhere that wheels have traction counts as the “road” in Indonesia and will be utilized as such. This includes sidewalks and narrow alleys choked by poor urban planning.

Beep beep! Honk! Beeeeeep! ANJING!** The streets of Indonesia are a noisy place. The beeping and honking is immediately noticeable, especially for someone who comes from a culture where honking your horn is a highly aggressive act. But in Indonesia, horns are a communication tool and rarely signal aggression to other drivers. A tap of the horn can mean anything from “I’m passing you” to “don’t back up yet” to “I’m gonna run this red light, please don’t hit me” to “whassup bro?” Liberal use of your horn is strongly recommended because the more aware other drivers are of you, the better. 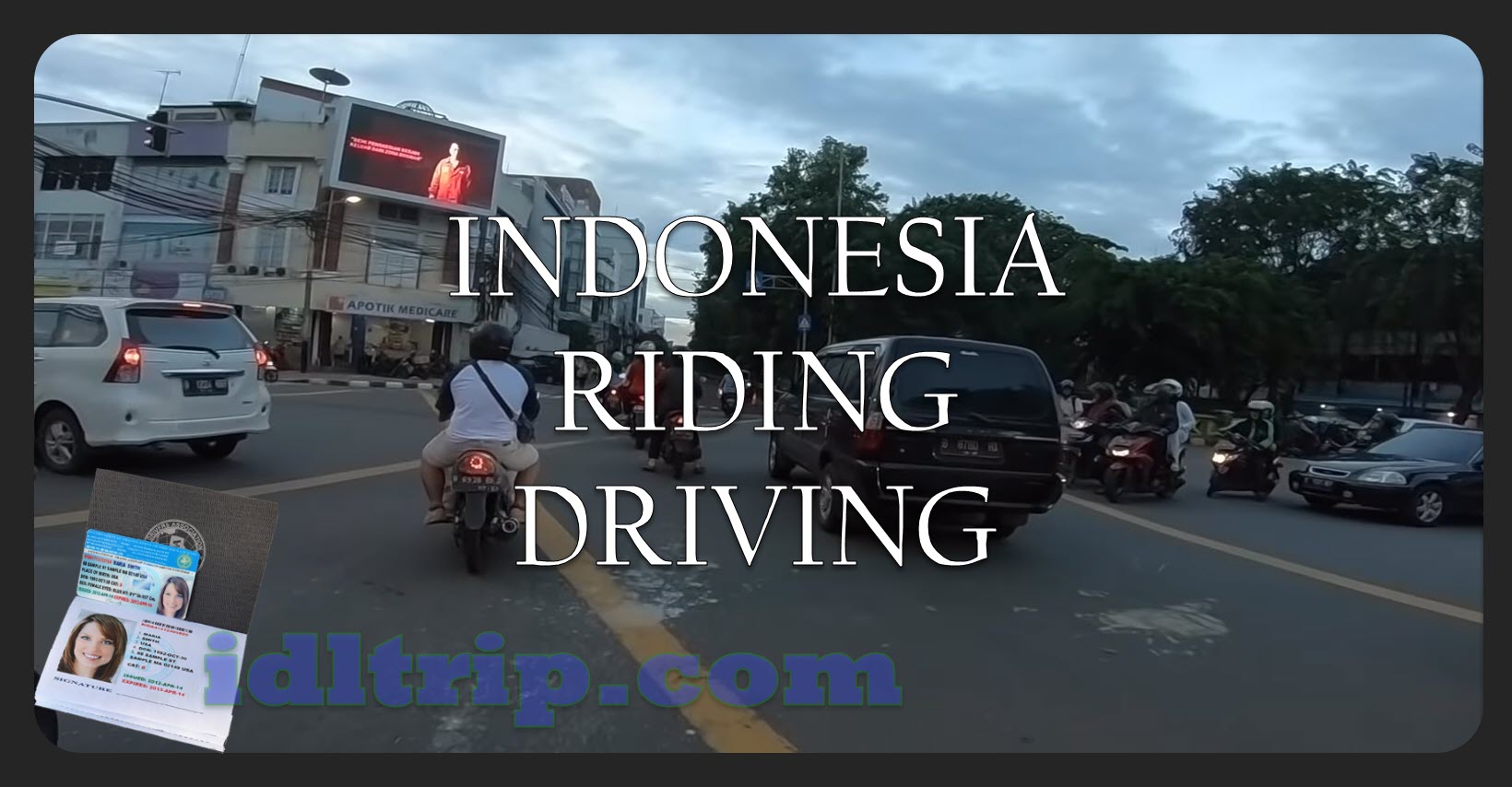 If you are set on driving in Indonesia but don't want to buy a car, then rental can be very cheap, but you have to be over 23 years old.

Indonesia is not part of the 1949 Geneva Convention on Road Traffic, so you aren't allowed to drive with only your original driver's license.

The speed limit is 50kph in urban areas in Indonesia, and 100kph on a motorway, but the only proper motorways in the country are in Java. There are a few fixed speed cameras in some places, but the police tend to rather use handheld devices and stop anyone speeding and issue a ticket and fine.