Tips for Driving in Norway. Driver Safety. What documents do I need? Car rental in Norway.

Tips For Driving in Norway

Norway is a beautiful country. It offers the tourist a wide variety of experiences: from dramatic scenery around the west coast; museums and culture in the capital city, Oslo; and the world famous Nidarosdomen Cathedral in the picturesque city of Trondheim. There are many ways to explore this wonderful country, by far the best way is by car.

It is easy to underestimate distances and driving time in Norway, the longest country in Europe. From Kristiansand in the south, it will take about 30 hours to reach the town of Hammerfest in the north, for instance. 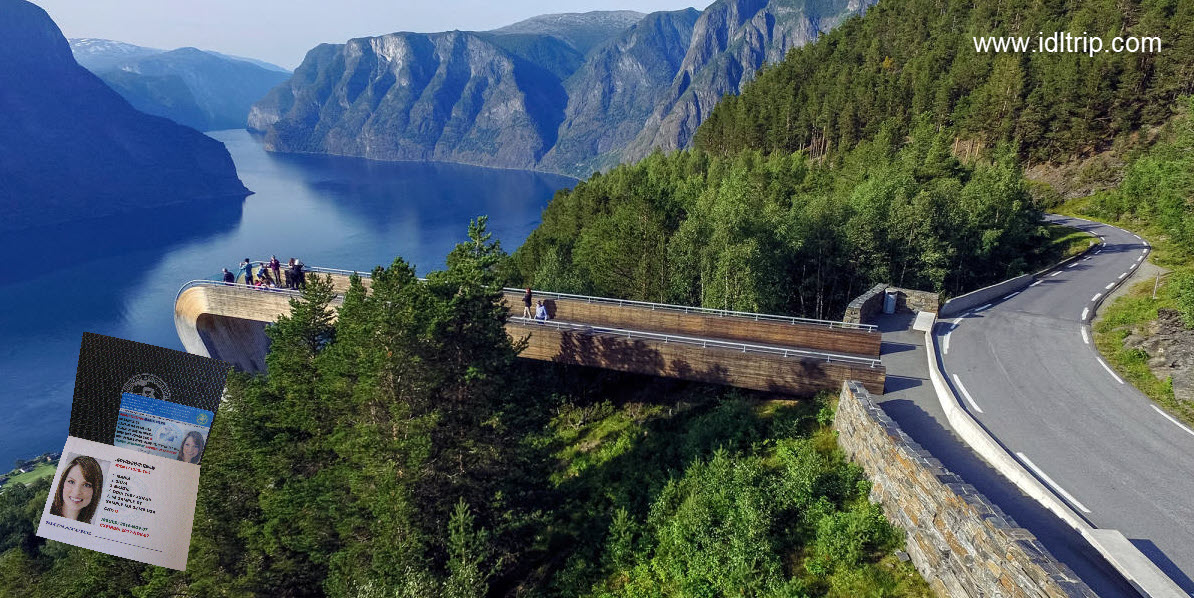 However, highways and roads in Norway are relatively free of traffic by international standards and well maintained. Norway has more than 70 years of experience in using road toll payments to finance the costs of bridges, tunnels, and roads. The main roads are the European roads (indicated with an “E” in front of the number), which connects several cities, regions, and countries.Traffic is safe, speed is modest and most roads have little traffic. Drivers should allow plenty of time for the drive and for frequent sightseeing stops. Long distances, particularly in the south-north direction and through the complicated fjord landscape, means that driving takes time. A drive for instance along the full extent of road E6, Norway's main road, takes about a full week.

The minimum age for driving in Norway is 17. Drivers must have a valid EC driving licence – held for at least one year – or, in the case of non-European license holders, a valid permit to drive. The use of mobile phones by drivers is strictly forbidden and is strictly enforced. So too is pedestrian safety. It is important that you give way to pedestrians, especially while they are on, or approaching, a pedestrian crossing. It is not unknown in Norway for drivers to receive hefty on-the-spot fines for failing to give way to a pedestrian, regardless of whether there was an accident.

The other thing that is important is an understanding of the alcohol rules. The maximum amount of alcohol that is allowed in the blood is only 20mg per 100litres of blood, or expressed another way, 0.02%. As a comparison, the UK laws allow 0.08%! In Norway, drinking a small beer may be enough to push a person over the legal limit. Many drunk drivers are sent to prison, with no leniency for foreigners.

Speeding in Norway is another strictly enforced misdemeanour. Even 6km per hour over the legal speed is enough to get a spot fine. Motorways and dual carriageways usually have a 90km per hour speed limit, while built up areas require a maximum speed of 50km per hour. In some densely populated areas the speed limit can be as low as 30km per hour. On most major roads, 80km per hour is the normal maximum speed.

Norway has a long winter season and many roads are covered by ice or hard snow for months, while traffic runs largely uninterrupted. Along several main roads temperatures can drop to -20 °C or -30 °C. Visitors entering Norway by car between October and late April should be prepared. Visitors should not underestimate the difficulties of driving in winter. Each winter main roads are blocked for hours by foreign drivers without adequate skills and equipment to drive on snow and ice. Each winter police and road authorities deny access to Norwegian roads for a large number of foreign drivers who are not prepared. 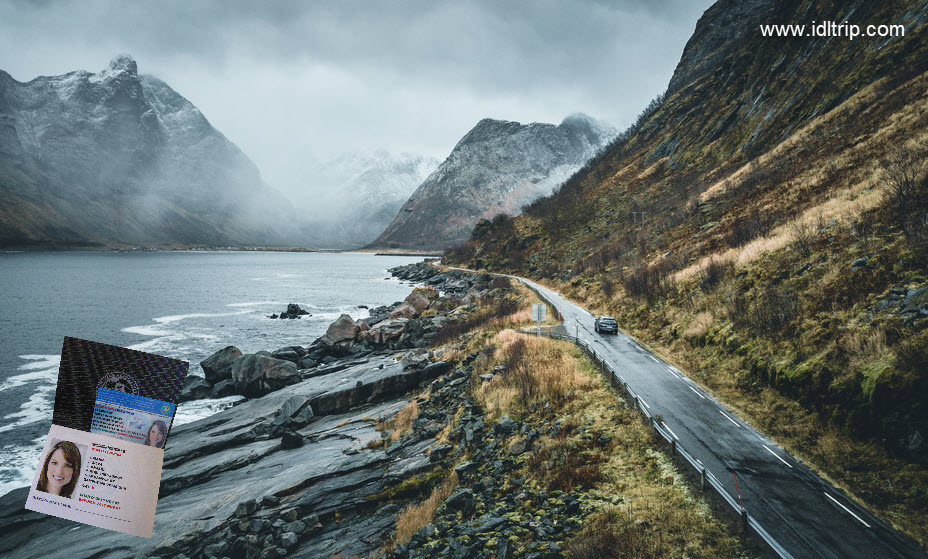 When driving downhill on steep mountain roads, it is best to use a low gear and let the engine control the speed. Brakes can overheat causing the brake fluid to boil.

Norway is wider than Britain and has about the same area as Germany, but distances between north and south are much longer. Finnmark, Norway's northernmost area, is wider than Denmark and the drive through Finnmark is longer than London to Glasgow. E6, Norway's main road, is more than 2600 km and the longest road within a single country in Europe except Russia. During an ordinary vacation in Norway there is usually time only to drive around a section of Norway.

As in most of Europe, Norway has right hand driving. Most cars in Norway did traditionally have manual ("stick-shift") transmission.


What documents do I need?

If you want to drive in Norway and have a driving licence issued in a EU/EEA country, you can use it in Norway. Driving licences from most countries outside the EU/EEA can be used in Norway together with an international Drivers License. The International Driver’s License translation document helps to interpret your domestic government issued driver license and could be useful for car rental and car insurance in many countries. It became a useful advantage for motorists who are traveling overseas and can drive in different territory without experiencing difficulties with various language barriers. For stays in Norway exceeding three months, a Norwegian driving license is needed.

When hiring a car in Norway, you may need to have held the license for at least one year. You can rent a car in most cities and towns in Norway, as well as in larger communities and airports around the country. You can book your car through a car rental company online, in person at car rental offices, or through a travel agent. We strongly recommend that you book in advance, especially during the summer season. 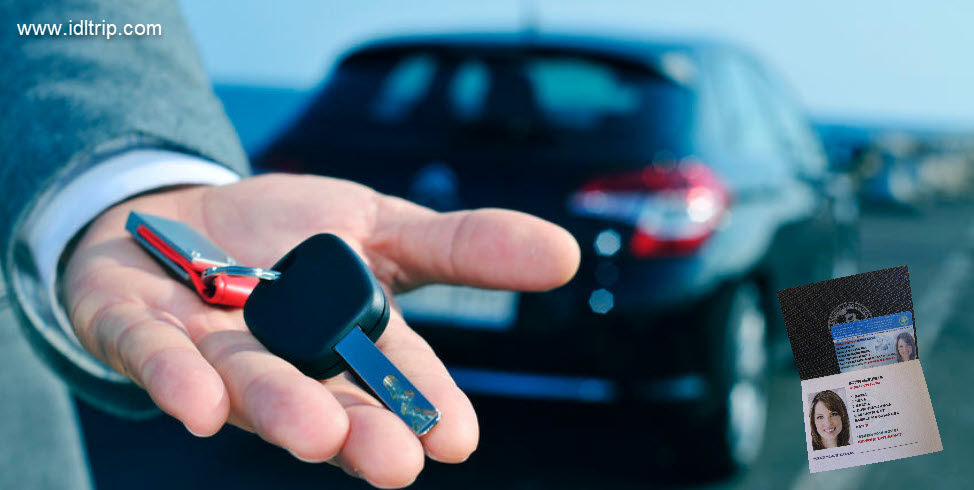