Romania drives on the right and you can use the photo licence of any country to drive here, provided it’s written in Roman alphabet. Drivers from other countries need their own licence plus an international driving permit. Speed limits range from 130kmh on motorways , 100-120kmh on Expressways ,90kmh on other roads and 50kmh in urban areas.Also important to note is that in Romania, if you are American or Canadian, you need an International Driving Permit (IDP) to be able to legally drive. If you have not heard of an IDP before, it could be because many other European countries allow you to drive with your American or Canadian licenses. Romania, however, is one of the countries that requires more documentation. Fortunately, it is easy to get an IDP. If you live in the US, there are two places that are legally allowed to issue an IDP: AAA and the American Automobile Touring Alliance (AATA). If you already have your American driver’s license, then it will be easy to get your IDP. An IDP is basically just a translation of the license that you have. When you get your International Driving Permit (IDP), it will just be a piece of paper that you will carry around in conjunction with your actual license.

Main roads in Romania are classified as motorways / Autostrăzi , denoted with an A prefix before the road number and expressways /Drumuri expres Denoted DX.  Motorways have emergency lanes and the maximum speed limit is 130 kmh  while expressways have no expergency lane and the speed limit is 100–120 kmh. Main roads and roads in cities are generally in good condition but variable in rural areas and smaller roads can be in a bad state of repair. Driving standards can be poor, especially in cities,(Romania has one of the highest accident rates in Europe)  and you are likely to encounter slow moving and badly maintained vehicles in the countryside . Beware of other drivers suddenly braking to avoid a pothole or swerving onto your side of the road.

Rules of the Road

Driving in Romania is really not that different from driving in most Western countries. It will feel a bit different from driving in the US or Canada, in that the cars and roads are smaller. Driving in Romania will feel the same as driving in most European countries (except maybe Ireland or the UK). In Romania, you drive on the right side of the road. Seat belts are mandatory at all times, and children under 3 years old (or under 135 cm in height) must be strapped in a car seat. When it comes to alcohol, Romania has zero tolerance for buzzed driving, so the legal limit is 0.0% blood alcohol content (BAC). 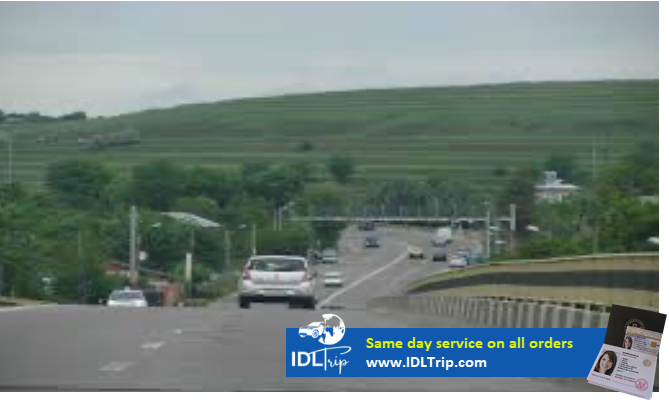 Romanians tend to drive quite aggressively, especially in the bigger cities. If aggressive driving intimidates you, it would probably be in your best interest to avoid driving too much in the big cities, or at least to avoid rush hour. In the bigger cities too, there tend to be a lot of speeders. You can follow the flow of traffic, but keep in mind the speed limits. Limits will be marked, but in general it is 130 km on highways, 100 km on European and national roads, 90 km on regional roads and 50 km within towns. Because there are many people who enjoy speeding, it is also common practice for cars to flash their headlights in warning of a speed trap up ahead.

You must observe at all times proper passing technique. In a nutshell, this means pulling up to within a foot of the car in front of you before pulling into the left lane. I think the actual rule is that you should leave at least one centimeter between you and the car ahead per 10 kilometers per hour that your traveling. So, if you’re going 100 kph (62 mph,) you can leave as much as a meter (3.3 feet) between you and the preceding car. However, this is usually ignored in favor of a pure 10 centimeters (4 inches) distance no matter how fast you’re going.

If you feel like stopping on the road for any reason, there’s no real reason to pull off onto the shoulder. Indeed, there aren’t that many shoulders on Romanian roads anyway. So, feel free to just angle a little to the right and stop. Putting on your flashers is purely optional. The traffic behind you can wait until you run into the shop, go to the bathroom, or whatever. Finally, if you can observe all the above rules while texting, you are a real Romanian. 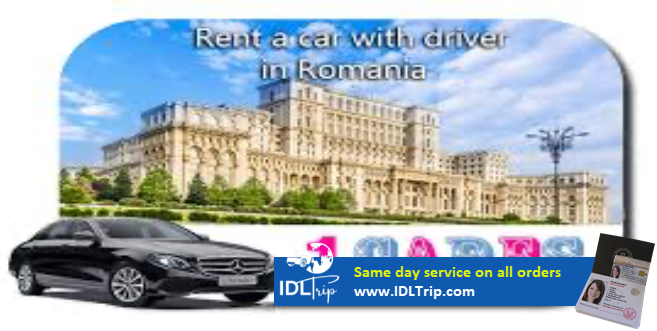 Before you jump to the decision of renting your own car, however, there are a couple things you should note. First off, you have to be at least 21 to rent a car (age could be higher depending on the vehicle) and you have to have had your license for at least one year prior. In addition, if you are under 25 years old, you may have to pay higher fees for being a “young driver”. Second is that manual cars are the norm in Romania. It might be possible to rent an automatic car at a higher price, but the great majority of the cars that are available to rent are all manual. If you don’t know how to drive a manual, you should either learn how before you head out, or reconsider driving in Romania.

Other than knowing some of the companies, renting a car in Romania is the same as renting just about anywhere else. You will have to provide your ID/license and likely will have to leave a security deposit.

As long as you are a calm and experienced driver, driving in Romania will not be difficult! However, driving in Romania can be stressful for some, and if you are looking for a relaxing vacation it might be good to consider other forms of transportation, such as buses, trains, or internal flights. The great thing about renting a car though is having your own freedom and being able to set your own schedule. We hope to help you make a well-informed decision that will serve you!