If you are visiting Croatia for the first time, you might wonder what driving in Croatia might be like. Don't worry about it! Here in this guide, you will find all the information you need to know if you plan to drive in Croatia. The best way to explore Croatia is by car. No doubt about that! The country is small, roads are generally in good condition, and you can simply see so much even if you plan to visit Croatia only for a short period of time. Driving abroad in Croatia generally feels more akin to driving in Western Europe than its Eastern neighboring countries, main roads are usually in good condition, the standards of vehicle maintenance and driving are usually high and even cities and large towns feel manageable. Smaller roads may have deteriorated and are usually unlit and mountain roads can be affected by snow in winter. Staff at most rental companies will also speak good English.

Even if you're a good enough driver to give Schumacher a run for his money, be wary of your fellow motorists. Croatian drivers love to overtake, even on tight corners, and are renowned for taking a bit of artistic license with the speed limit.  Around the mountains, roads are very narrow and can sometimes only fit one car. Local drivers will try to pass you by, so just keep as close to your lane as possible. It is safe to drive in Croatia! The roads are in great condition, and when traveling from north to south, you can largely drive on multi-lane motorways . Croatian drivers, especially in the south, tend to be impatient and look for the first opportunity to take over. This can sometimes make you nervous, but for the most part, you will be ok and feel safe.

Cars will usually be able to cross international borders though there may be restrictions on taking certain high spec vehicles into Eastern Europe, particularly Albania. One way international rentals may be allowed for additional cost.

Many travellers say that confidence is key on the narrow, winding Croatian roads. As in most European countries, Croatians drive on the right, not unusual for Americans and the majority of the world, but a bit scary for the Australians, New Zealanders, Brits and South Africans. Automatic cars are not as common in Croatia as they are in Australia, so chances are you will be drawing on your skills with a clutch and gear stick. If you're not used to a manual car, this is probably not the time to learn.

TIPS FOR DRIVING IN CROATIA 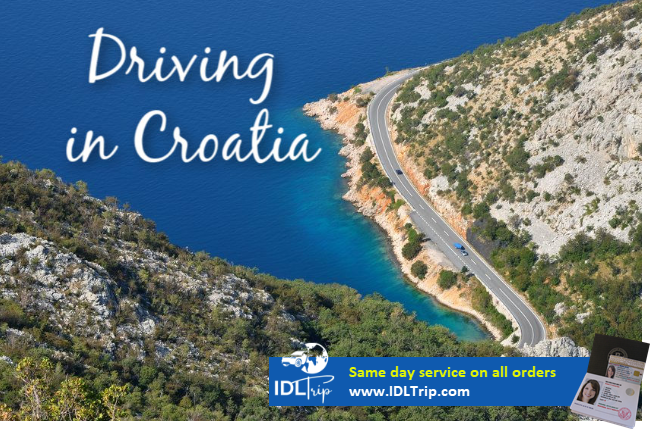